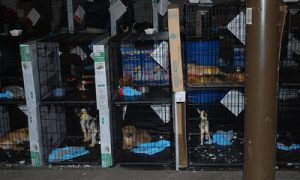 This year, 2012, the weather has played havoc with food supplies. Drought conditions have sorely affected hay production, a horse’s main source of fiber in the diet. Drier than normal conditions have also limited the amount of forage available. Hay prices rise due to lower yields. Since horses must have a good amount of fiber […]

The ASPCA, HSUS, International organizations, Friends of Animals, Best Friends and so many more dedicated to saving animals and giving them better lives have had a number of victories in 2012. The hounding of bears and bobcats by radio-collared dogs has been banned in California. Foie Gras (goose liver) is banned in California. In Idaho, […]