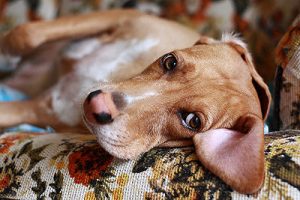 Asthma, also known as allergic bronchitis, is more common in cats than dogs, but occurs in both. It is also more common in young or middle-aged pets. Asthma sufferers respond the same whether human or animal. Siamese and Himalayan cats appear to be more prone to asthma. Some of the causes of asthma can be […]

California lawmakers passed a bill in 2004 phasing out force-feeding ducks to produce foie gras – literally, a fatty liver. The law goes into effect June 2012. Guillermo Gonzales of Sonoma Foie Gras, major producer of foie gras, along with some other chefs are proposing an override of the law, backing down on his promise […]

How to overcome equinophobia (fear of horses)

It’s easy to see why some people are scared of horses. After all, isn’t a Shire Horse much bigger than you are? Despite the fact that some horses kick or bite, most don’t, so there really isn’t a need to be scared of horses. Often it’s caused by a poor memory in childhood, though it […]