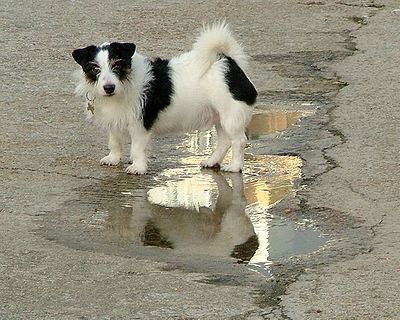 Pythiosis is caused by a microorganism called pythium insidiosum. It can be found in climates where winters are mild and water does not freeze – southern U.S. coast, Eastern Australia, New Zealand, South America and Southeast Asia. While it can affect cats, cattle and humans, it is most common in dogs and horses.

The organism lives in stagnant water. It is a relative of yeast but has some similarity to algae. Pythiosis can appear as non-healing sores on the skin or when animals drink stagnant water, in the digestive tract. Lumps of granulated tissue form in the abdomen. Pythiosis can also affect lymph nodes.

Symptoms are similar to those of other diseases – vomiting, diarrhea, weight loss, can be felt as a mass in the abdomen. Bones and lungs can also be the source of a primary infection. On the skin, it appears as ulcerated lumps. If you suspect your pet is ill, your veterinarian will take blood tests to determine the cause.

Treatment for pythiosis is removal of the infected tissue. In addition, anti-fungals and immunotherapy are recommended. However prognosis is poor and success rate with surgery is low. A new immunotherapy has been approved for use. Made of purified proteins from the organism, it is in injectable form. Success in horses is about 90%, but in dogs, only about 50%. Research is ongoing and hopefully a better form will be found to increase the success rate in dogs too.

Myositis is the the inflammation of one or more muscles. In its many forms it can affect all living creatures. It can be difficult to diagnose and is painful and usually indicates an underlying illness. While there are different forms of myositis, the most common is masticatory myositis involving the muscles used for chewing. There […]