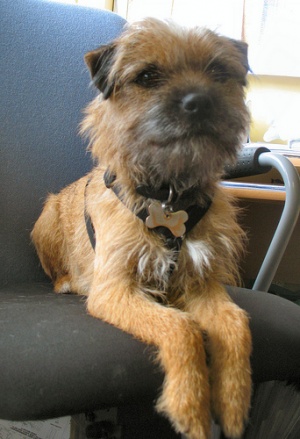 Lymphoma, a common cancer in dogs is usually fatal, but is one of the cancers where life can be extended for long periods of time.

Canine non-Hodgkins Lymphoma originates in the white blood cells called lymphocytes. They circulate throughout the body and normally protect it from infection. The abnormal lymphocytes build up in the lymph nodes or other organs rather than circulating. The mortality rate in dogs is much higher than in humans and researchers are checking whether genetics plays a role in the disease.

University of Pennsylvania researchers have tested a vaccine that shows great promise for dogs with non-Hodgkins lymphoma. The vaccine was made by growing cells called B-cells (cells that become cancerous in lymphoma). The cells are taken from the dog’s blood, RNA (a tumor virus) is added and injected back into the dog.

The dogs in the study received their regular chemotherapy protocol along with 3 vaccinations, each one 3 weeks apart, and achieved remission of the disease. In comparisons made with the dogs in the control group that received only chemotherapy, the rate of relapse was similar. Those dogs that received a second round of chemotherapy (called a rescue therapy), had a much better survival rate. Some dogs remained lymphoma-free after 3 years.

One of the authors of the study, Nicola Mason, assistant professor of medicine at the University of Pennsylvania School of Veterinary Medicine, relates that although both vaccinated and control dogs relapsed, “40% of vaccinated dogs that relapsed experienced long-term survival after a second round of chemotherapy…”. She further states that “If we keep boosting the immune system in this way, perhaps the dog would not relapse in the first place.”