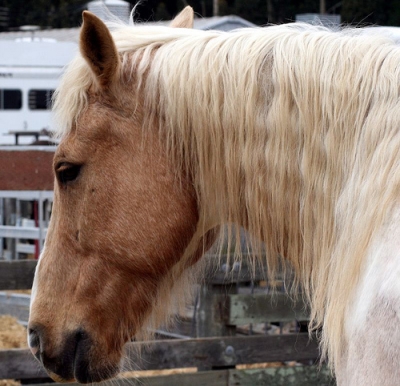 Palomino is a color and not considered a breed. The Golden Durado of early times was of Arabic, Moorish and Spanish blood and considered close to a breed of horse. The Palomino is seen in ancient tapestries and paintings in Asia and Europe.

The Palomino is a golden color with a white mane and tail. There are sometimes white markings on the face and legs as far as the hocks.

The Palomino is a versatile horse used in ranch work, racing, rodeos, shows, movies and other equine activities.

Arabians are on of the most loyal horse breeds and have been compared to dogs for loyalty. Arabians have been bred with other horses to improve the individual breeds. Where does the Arabian Horse come from? The Arabian or Arab is the oldest purebred horse in the world. It is the only one of the […]

The Naragansett Pacer was the first horse breed bred in the United States, but unfortunately it is now extinct. Sales to the Caribbean and cross-breeding diminished the breed to the point of extinction, and the last known Pacer died around 1880. Historical records show that many famous personages owned Pacers, George Washington among them. The […]