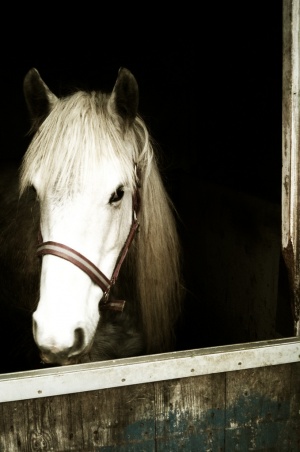 If only our pet could speak our language and tell us where it hurts. Since that’s not possible, it’s up to us to learn their language. Animals can communicate pain in ways that we are not aware of. Most animals, especially prey animals like horses, are very good at hiding their pain. It’s instinctual and similar to a safety net for them.

Researchers at the Utrecht University in the Netherlands have developed a scale to measure pain in horses, calling it the “composite pain scale”, (CPS). Their model was a pain scale developed by French and Canadian researchers to measure acute musculoskeletal pain.

Since each horse is an individual and may respond differently to pain, the CPS may not be 100% accurate, but can be relied upon to determine most reactions.

In tests, observers scored 48 horses after emergency colic surgery. Observations by the participants, both human and horses, were found to be consistent. Prognosis after surgery showed that those horses that scored high on the CPS were more apt to require a second surgery or be euthanized than the lower scoring horses.

Research is ongoing with the goal being the use of CPS worldwide and for any type of pain.

Horses are usually quiet animals and generally use body language to communicate. However a horse’s vocabulary can let you know how he is feeling too. Your horse uses different sounds to communicate with you, with other horses and to express feelings. The Neigh and Whinny are very similar sounds and are very loud. The whinny […]

Compulsive behavior in horses is called cribbing. It is an act that repetitive and mindless. The horse will use his incisors to press down on a gate, fence post, stall board, gulp in air with an arched neck and make a belching sound. If a horse exhibits this type of behavior, it means he’s not […]