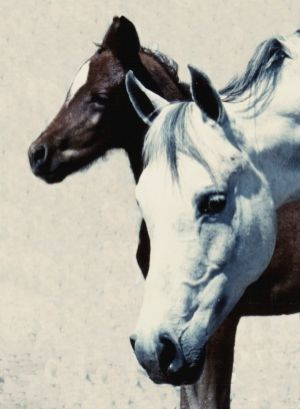 Horses were rarely vaccinated for rabies because it was so uncommon. However there has been a change and not a good one.

Rabies has made its way West moving from the Eastern United States. Where bats were once the chief source of rabies, it is now being found with increasing alarm in ground animals such as foxes, raccoons and skunks.

A dead skunk found in a horse pen in a county in Colorado tested positive for rabies. While the horses had been vaccinated against the disease at least a year before, they had to be re-vaccinated and given a booster after 30 days, then watched closely for any signs of illness.

One of the horses, showing symptoms, was isolated Colorado State University Veterinary Teaching Hospital where the horse continued to deteriorate. The horse had to be euthanized and was discovered to have rabies. Another horse in the county was found rabies positive by the CSU laboratory.

Veterinarians are now recommending that horses be vaccinated against rabies before more tragedies occur.

Do you know what to do when your horse isn’t feeling tip-top? Before you call your veterinarian, you should be armed with information that will help determine the seriousness of the problem. The basics of a physical examination include temperature, pulse rate and respiration as well as observation of any outward signs the horse may […]