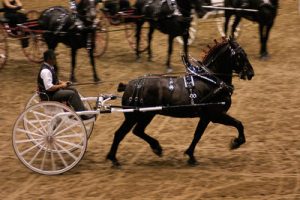 English Spot Rabbits are Full Arch Body Types. They were developed in England in the mid-19th century. They were first imported to the United States in 1910. English Spots have very distinctive coat markings. The area around the nose has the appearance of a butterfly. They have cheek spots and solid color circles around both […]

Cat fights accompanied by injuries are common, particularly in cats that go outdoors or live there. Since cats have an enormous amount of bacteria in their mouths, bites can be serious, often developing into severe infections and abscesses. The wounds usually heal quickly, scabbing over, leaving no exit route for the bacteria. The white blood […]