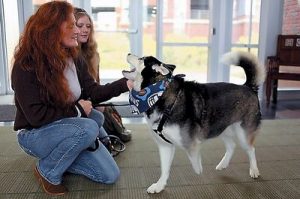 Can Ducks Have Accents

Middlesex University in London, ran a study to find out if ducks have different accents. The researchers discovered that depending on the area ducks live in, they pick up the regional accents in their quacks. Those ducks that live in big cities, having to contend with traffic noises, have louder, abrasive quacks. Those ducks whose […]