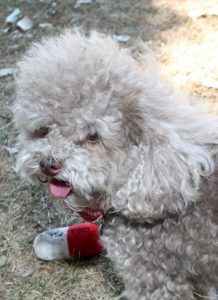 What to Do If You Find a Stray Pet

In 2008, the Environmental Protection Agency (EPA) thought to make rodenticides safer by substituting Bromethalin for the poisons in use.The substitution was to be completed by 2011. Bromethalin rodenticides attack the central nervous system causing paralysis, convulsions and death. Other rodent poisons are anticoagulants. They prevent blood from clotting resulting in severe hemorrhage and death. […]