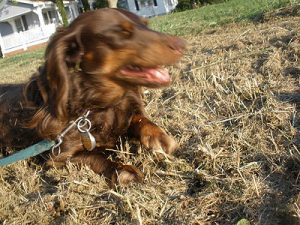 At last, mixed breeds have a strong support. The American Mutt-i-gree Club was created by the Pet Savers Foundation, an arm of the North Shore Animal League America in Port Washington, New York. Giving voice to the 25 million owners of mixed breed dogs, mutt certificates are sent to their pets, raising the mixed breeds […]