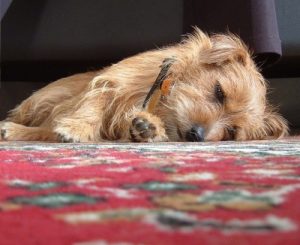 There is a voluntary recall of certain lots of canned cat food by Wellpet LLC, due to possible insufficient levels of thiamine (vitamin B1). Cats fed only the affected lots may be at risk for a thiamine deficiency which can cause gastrointestinal or neurological problems. Gastrointestinal symptoms can include inappetance, salivation, vomiting and weight loss. […]

The Eighty-Dollar Champion by Elizabeth Letts If you want to be inspired and overcome the odds seemingly stacked against you, this book shows how to triumph over adversity. It is the true story of a man and a horse that fate brought together. Harry de Leyer, a Dutch immigrant to the U.S., lived through the […]