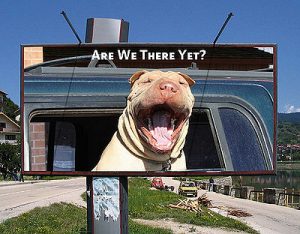 Dana died at 9.00am on Sunday 31st May. As we still had her shelter sister Scully, we were worried about her pining, so we got another rescue dog on June 10th, Ivy. Two weeks later, I was lying in bed on a Sunday morning, half asleep and I got a blinding yellow flash across my […]