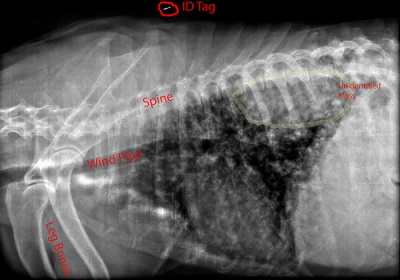 I’m going to begin with cancer because my lovely Timo, a Rottweiler mix, has osteosarcoma, bone cancer. It was discovered quite by accident, as she showed no signs of illness. One day, the beginning of December 2008,Timo and my German Shepherd, Quanah, were playing when Quanah accidentally stepped on Timo’s right front leg. Timo let out a cry and upon examining the leg, I couldn’t detect any damage, but she began limping. I called my vet to look at the leg and while it was a bit painful, we decided to wait and see if there was any improvement. Timo continued to limp, so the following week I opted to take her for x-rays. After reading the x-rays, the radiologist felt the problem was more than a simple cyst as originally thought as the bone appeared to be very fragile. The next step was to have a biopsy performed. When the results came back and I was told she had, at the most, only 6 months to live, I was devastated.

Some Types of Dog Cancer

There are other types of cancer, the same ones that affect humans. Following is a list of dogs that are prone to the disease. This is just to make you aware that these are some breeds that may develop cancer – Golden Retriever, Vizsla, Greyhound, Irish Wolfhound, Saluki, Scottish Deerhound, Burnese Mountain Dog, Boxer, Great Dane, Great Pyrenees, English Mastiff, Rottweiler, Saint Bernard, Kerry Blue Terrier, German Shepherd, Dogue de Bordeaux. Since cancer in dogs is on the rise, and in young dogs as well, it’s important to take your dog, no matter what breed, for check-ups twice a year or when you suspect something is wrong.

The pharmaceutical company Pfizer has came out with the first cancer fighting drug for dogs called “Palladia.” It has been approved by the FDA. This drug is not quite as effective in tests as was hoped. However, if it helps any dogs, it will be worthwhile.

May, 13, 2010
It was recently noted that 60% of Golden Retrievers die of cancer, more than twice the average rate for all breeds.

1. Your dog does not have an expiration date.

2. The word “prognosis” translates from the Greek as “educated guess.”

3. Veterinarians practice medicine, they haven’t perfected it yet.

Fibrocartilagenous Embolish (FCE) or Spinal Cord Stroke occurs very suddenly. Small particles of the spinal disk (fibrocartilage) between the bones of the spine (vertebrae) block the blood vessels in the spine. FCE usually affects young or middle-aged dogs, medium to large breeds, but can occur in any dog. It rarely happens in cats or horses. […]