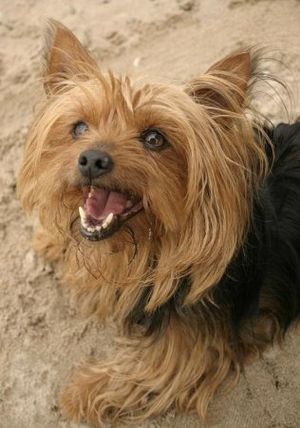 All unborn mammalian babies have a large shunt, a blood vessel that carries blood around the liver instead of through it to the heart. This shunt, called the ductus venous should close down just before or after birth. Sometimes it does not stop working and is a defect known as an intrahepatic (hepatic referring to the liver) shunt.

When an abnormal blood vessel develops outside the liver and remains open even after the venous ductus closes, it is called a congenital liver shunt. Most portosystemic shunts are congenital but, while not common, can be caused by diseases of the liver such as cirrhosis.

Normally, after food is digested, it is absorbed by the blood and carried to the liver where toxins are filtered out. The rest is stored for energy or made into a substance that the body uses such as protein.

In animals with liver shunts, toxins can build up in the blood or kidneys. Signs of liver shunts can be poor muscle development, abnormally small stature, abnormal behavior, seizures, drinking and urinating excessively, diarrhea, vomiting, blindness. Some animals show signs when eating protein or take a long time to recover from anesthesia or sedatives. Signs can be discovered in older pets when a bladder or kidney infection is present. Symptoms usually occur early in the pet’s life, by 6 months old.

Treatment involves special diets and medications. Proteins in the diet have to be reduced as they form many toxins in the intestines. Lactulose, (a sugar solution) is given as it discourages toxin-producing bacteria. Antibiotics are administered if a urinary tract infection (UTI) is present.

Miniature Schnauzers, Maltese, Yorkshire Terriers seem to have an increased risk for shunts outside the liver. Large breeds, such as Labrador Retrievers tend to have shunts inside the liver.

If a pet doesn’t respond to medications, surgery can be performed with placing a metal band on the shunt. Inside the band is a ring of casein, a milk protein. Within 3-4 weeks the shunt usually shuts down.

Long-term survival for dogs after surgery is about 85%. Without surgery, survival time can be less than a year for 50%.

Giardia is a parasite, a protozoa (one-celled organism) that lives in the small intestine of cats and dogs (it affects humans too). Giardia are present throughout the U.S. and other parts of the world. Infestation usually occurs when water containing fecal matter of fish and other animals is ingested. Contaminated food can also be a […]

The majority of lipomas are benign fatty tumors. They usually occur in older or overweight pets. They are mainly located in the subcutaneous tissue (beneath the skin) and are painless. They move slightly under your touch. Unless the lipoma is in a part of the pet’s body making him/her uncomfortable or restricting movement, most veterinarians […]

Rabies is a deadly virus transmitted by a bite from an infected animal. Rabies is rare in the United States thanks to the program of vaccination. However, if you have been bitten by a stray dog, cat or wild animal such as a raccoon, skunk, fox or bat, go to an emergency unit immediately. Rabies, […]