The Eighty-Dollar Champion by Elizabeth Letts

If you want to be inspired and overcome the odds seemingly stacked against you, this book shows how to triumph over adversity.

It is the true story of a man and a horse that fate brought together. Harry de Leyer, a Dutch immigrant to the U.S., lived through the horror of Nazi occupation of his country during World War II. A horseman in the old country, he brought his knowledge to the U.S. Snowman, on a truck bound for the slaughterhouse, is the horse he rescued, paying eighty dollars for him.

Together, the man and the plow horse became legends to people in the U.S. and the world in the sport of show jumping, proving that where there is a will, dreams can come true.

A classic, this book is a must read for animal lovers and anyone who needs a lift. 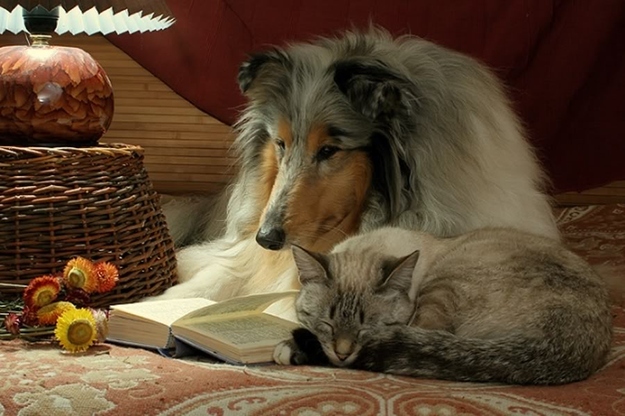 Amazing Gracie – a Dog’s Tale by Dan Dye & Mark Beckloff This is a delightfully written story about two caring, compassionate young men who love their dogs. Gracie, an albino puppy Great Dane, deaf and partially blind, is saved from certain death to go on to become a symbol for all that’s good in […]

Oogy: the dog only a family could love by Larry Levin If we need to be reminded of what we can learn from our dogs, Oogy’s story does that and more. Badly abused and maimed, Oogy still has a heart full of love and devotion that he gives to the Levins, his adoptive family. Oogy […]

Merle’s Door by Ted Kerasote The true story of a man and a dog who found each other in the Utah desert. This is an adventure into the mind of a dog and what we can learn about sharing our lives with these loyal, loving pets. Ted, looking for a companion, found in Merle not […]